When Manhattan Was Mannahatta 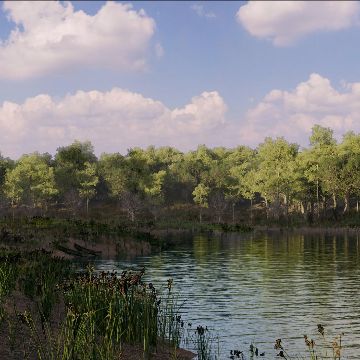 Before the first Dutch colonists sailed through the Narrows into New York Harbor, Manhattan was still what the Lenape, who had already lived here for centuries, called Mannahatta. Times Square was a forest with a beaver pond. The Jacob K. Javits Federal Building, at Foley Square, was the site of an ancient mound of oyster middens.

Eric W. Sanderson is a senior conservation ecologist for the Wildlife Conservation Society, based at the Bronx Zoo. In 2009 he published “Mannahatta: A Natural History of New York City.” The book geolocated old maps onto the modern city to reimagine a cornucopia of hills, beaches, fields and ponds.

In this virtual tour, NY Times architecture critic Michael Kimmelman goes on a virtual tour with Mr., Sanderson, starting at the Staten Island Ferry terminal and imagining a September afternoon in 1609, around the time Henry Hudson sailed into NY Harbor.

Michael Kimmelman Aside from Hudson’s ship, what do we see?

Eric W. Sanderson Whales and porpoises. One of the earliest sketches we have of Manhattan shows a whale in the Hudson River. The charter of Trinity Church includes a provision specifically saying dead whales found on beaches in the province of New York are property of the church, which could use them to make oil and whale bone. So whales were clearly a meaningful part of the local economy and ecosystem.

What was the ecosystem?

Ecosystems, actually. Manhattan is something like one percent the size of Yellowstone. Yellowstone is 2.2 million acres and it has 66 ecosystems. Mannahatta had 55.

It’s an interesting thought exercise to imagine what might have happened had the United States been colonized from the West, instead of from the East. We might have decided to make Manhattan a national park. We would be coming to New York for an entirely different sort of wildlife.

You can read the rest of the interview/tour on the NY Times website here.