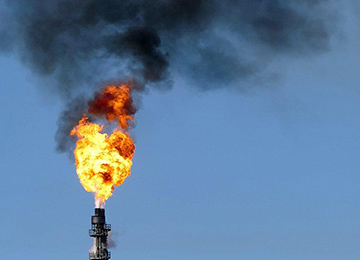 In a bid to tackle climate change, the U.S. and the European Union pledged to reduce methane emissions by a third over the next decade and are urging other countries to follow suit.

Deservedly, carbon dioxide gets a lot of bad publicity because it is the most abundant man-made greenhouse gas but methane, the main component of natural gas, is responsible for about a third of the 1.1 degrees Celsius (2 degrees Fahrenheit) rise in global average temperature the world has suffered since the start of the industrial revolution.

Since then, concentrations of methane, which is 25 times more potent than carbon dioxide when it comes to trapping heat in the atmosphere, have more than doubled.

However, atmospheric concentrations of methane are rising at an alarming rate.

“Rapidly reducing methane emissions is complementary to action on carbon dioxide and other greenhouse gases, and is regarded as the single most effective strategy to reduce global warming in the near term and keep the goal of limiting warming to 1.5 degrees Celsius within reach,” the White House said in a statement announcing the so-called “Global Methane Pledge.”

The Biden administration said the U.S. and the EU are already working on reducing the amount of methane that emanates from oil and gas facilities, coal mines, livestock, and landfills—the leading sources of methane emissions.

Seven other countries (the United Kingdom, Italy, Mexico, Argentina, Iraq, Indonesia, and Ghana) have joined the initiative and the group is hoping that more will follow suit.

The pledge is a step in the right direction but falls short of what is needed. For starters, many of the world’s top methane emitters (including China, Brazil, India, Iran, and Pakistan) have not signed in, and studies from major organizations show that the target is not ambitious enough.

You can read more on the Treehugger.com website here.