Solar One Statement on the 2020 Election 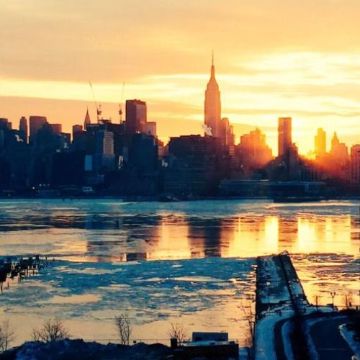 It seemed like it would go on forever, but the 2020 U.S. election is finally over. However the work of restoring and repairing our democracy for the future is just beginning.

Many of us had hoped for a more decisive end to the division that has roiled our body politic for the last few years. We hoped that the face that we would show to the world would be one of reconciliation, healing and a recommitment to our oft-stated values of peace, justice and equality. But after four years of bitter disagreement, we are perhaps even more bitter and divided towards those who see the world differently than ever before. The damage caused by deceit, authoritarianism, racism and cruelty, especially toward immigrants, women, and BIPOC and LGBTQ+ people, along with the disproportionate effects of the coronavirus on our communities, over the past four years will not be fixed or disappear in an instant.

At the same time, these election results show that the future is not bleak. On Inauguration Day, women will be closer to the highest office in the land than ever before. Kamala Harris will take her place as the first Black woman, as well as the first person of South Asian descent, to serve as Vice President in our government’s 244-year history. And BIPOC and LGBTQ+ candidates made record gains in Congress and in state legislatures, winning elections where no one thought they could compete. Even more interestingly, these gains were made on both sides of the aisle, proving that groups of U.S. citizens are not as monolithic as we used to believe. That brings us one step closer to the Enlightenment ideal of truly seeing every single person as an independent individual regardless of race, creed, national origin, gender identity, sexual orientation or any other personal characteristic.

The heart of the work we do at Solar One, across every single program and activity that we are involved in, is education. Oftentimes we may imagine that education just means memorization and getting the right answer. But education encompasses far more than that. It means expanding our worldview in directions we never conceived before. It means opening up to the possibility that we may be mistaken in the ways that we have approached the problems inherent in just existing as humans in a complex world. It means using our imaginations to the fullest to find the best answers, not just the ones we’d prefer to be the best, and it means finding ways to communicate those answers that make people feel respected and seen, instead of insulted and ignored. That is what Solar One has been doing for the past 15+ years, and that is what we will continue to do for as long as it takes to get it done.

No matter who you may have supported in this election, our hope at Solar One is that we can all move forward by listening, learning and pushing each other toward more understanding, more shared values and more opportunity than ever before to prosper and thrive in a world that we all have to share. There is no other way.

Got questions about the incoming administration’s plans for climate action? The NY Times has the answers!