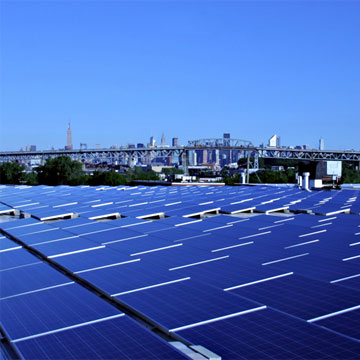 First, the Governor announced completion of a major $460 million modernization and life extension effort at the New York Power Authority’s Lewiston Pump Generating Plant and the digitization of the first of 13 hydropower turbines at the Robert Moses Niagara Power Plant. The digitization is the first major milestone of Next Generation Niagara, a $1.1 billion, 15-year modernization and digitization program to significantly extend the operating life of the Niagara Power Project. Together, these projects represent nearly $1.6 billion of clean energy infrastructure investments at the Niagara Power Project that will help advance New York State’s aggressive clean energy goal to transition to 100 percent carbon-free electricity by 2040.

At the end of Climate Week, the Governor also announced the latest round of communities to achieve certification as part of New York State’s Climate Smart Communities program, which supports local efforts to meet the economic, social, and environmental challenges posed by climate change. By taking meaningful steps to mitigate and adapt to climate change, 11 local governments met the criteria to be recognized as leaders for the first time.

Beyond the state’s initiatives, climate activists talked about what they hope Climate Week will accomplish more broadly. This year’s Climate Week theme was “getting it done”. Getting it done means taking the radical, urgent action that the most recent IPCC report has called for and operating differently from the current status quo. One way to do that is through ensuring a just transition.

“When I’m thinking about a just transition, it’s recognizing that a lot of the values behind how we operate today are rooted in colonialism. It’s a colonized mindset where we’ve literally commodified people and our places and resources, and our land,” said Gloria Walton, president and CEO of The Solutions Project, during the Climate Week opening ceremony.

Walton noted that this mindset has generated mass consumption, mass production, mass waste and profit at any cost. “We really need to shift away from those outdated values and start thinking about what it means to be sustainable, to be thinking about today as much as we think about tomorrow,” she said.

Among the eight initiatives highlighted in this article from Greenbiz.com are a commitment from the federal government to double its financial support for global climate initiatives, a call from wellness and beauty brands for Congress to act on strong climate policy, a World Economic Forum platform to share best climate practices to boost sustainability and reduce emissions in cities, and a philanthropic commitment of $5 billion to promote biodiversity.