How Climate Change May Be Affecting Human Health 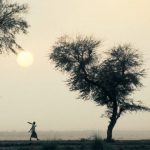 Relatively few Americans associate climate change with possible harms to their health, and most have given little thought to this possibility. Studies in the United States and Britain have shown that “people have a strong tendency to see climate change as less threatening to their health and to their family’s health than to other people’s health,” according to Julia Hathaway and Edward W. Maibach at the Center for Climate Change Communication at George Mason University.

Two recently published reports tell a different story. One, by two public health experts, called for the creation within the National Institutes of Health of a “National Institute of Climate Change and Health” to better inform the medical community, public officials and ordinary citizens about ways to stanch looming threats to human health from further increases in global warming. The second was a full-page article in The New York Times on Nov. 29 with the headline “Wildfire Smoke in California Is Poisoning Children.” It described lung damage along with lifelong threats to the health of youngsters forced to breathe smoke-laden air from wildfires that began raging in August and fouled the air throughout the fall.

Children are not the only ones endangered. Anyone with asthma can experience life-threatening attacks when pollution levels soar. The risks of heart disease and stroke rise. And a recent study in JAMA Neurology of more than 18,000 Americans with cognitive impairment found a strong link between high levels of air pollution and an increased risk of developing dementia.

“While anyone’s health can be harmed by climate change, some people are at greatly increased risk, including young children, pregnant women, older adults, people with chronic illnesses and disabilities, outdoor workers, and people with fewer resources,” Drs. Hathaway and Maibach wrote in Current Environmental Health Reports.