Do Oil Prices Affect Electricity Prices in the US? Apparently Not, Despite What Investors Think 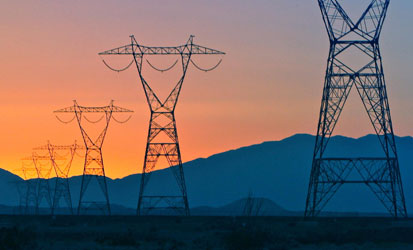 Investors are freaking out a bit over the price of crude oil, which has dropped precipitously since June 2014. But they’re not just freaking out over their fossil fuel stocks- they’re freaking out about solar investment as well. Over the last six months, the stock prices of publicly traded solar companies has fallen sharply, to 60-70% of their initial stock prices.

But is cheap oil really as bad for solar development as the numbers indicate?

You might imagine that people who buy energy stocks would know a thing or two about how energy is produced in the US, but it seems they do not. Of all the fuel sources used in America to generate electricity, liquid petroleum is declining the most rapidly, even more rapidly than nuclear power. And we haven’t broken ground on a new nuclear plant since 1974 (although that may change soon).

In the US, oil is a transportation and heating fuel; natural gas, hydropower, nuclear, coal and renewables make up the electricity generating mix. Cheap oil will not bring electricity prices down, and investors should realize that in the long run, solar is better for the environment and for the bottom line.